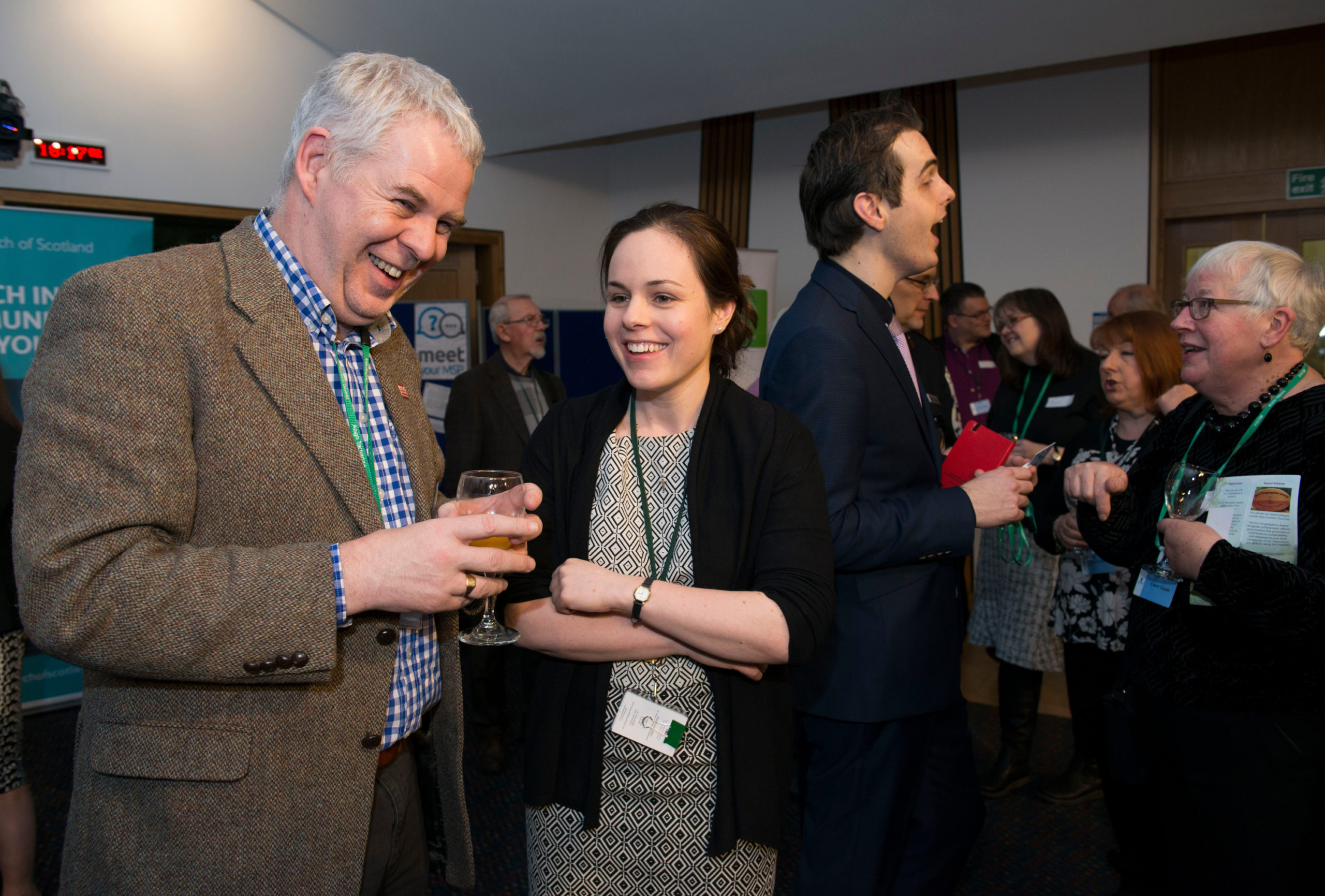 In early March – in what seems like a lifetime ago – a colleague from South Africa came to stay with us for 10 days. I had never met Wayne before, but we have a mutual friend who assured us that we would appreciate one another’s company. And he was right.

Wayne works primarily alongside churches in some of Cape Town’s informal settlements. He had heard great things about what was happening in Scotland and was keen to explore for himself what was going on in the life of the Church and wider society. He had ten days of meeting a lot of remarkable people which re-affirmed that sense that God is doing amazing things amongst us. Sometimes we are the last to notice. Most of his time was spent in and around Glasgow but he even managed to squeeze in a couple of trips to Edinburgh.

Each day when he returned home, normally soaked to the skin, he would tell me how inspired he had been. Perhaps the greatest tribute he paid was when he said that he had walked into one building and had, instantly, felt at home. For someone who chooses to live his life committed to those at the edge in his own society, that was powerful and humbling.

Wayne flew back to South Africa on the 16th March and, by that date, the world was already beginning to change for many of us. I dropped him in the airport car park but did not give him a hug. I did not enter the terminal building to wave him off. He flew back to his family, who were desperate to see him, but were also fearful that he might be carrying COVID19. Although showing no symptoms, he was instructed to self-isolate for two weeks.

In recent days, I have reflected that we have grown used to the fear of carrying deadly disease from the global South to countries in the rich North. But Wayne’s fear, and the fear of many within the poorest parts of the world, is that the virus spreads where there is only the most rudimentary of health provision. And people do not have the luxury of being able to wash their hands in clean water.

When the editor of this magazine discussed the possibility of me writing a series of articles about the struggles (and the creativity) that I was finding alongside people and communities who lived their lives ‘at the edge’ none of us had any idea that within months we would all be experiencing such precarious living. For right now, we are all ‘at the edge’.

Words have become completely inadequate. My only reflections come out of a lifetime of learning alongside those who struggle for life and an end to the indignity of poverty and a deep belief, strengthened throughout my adult life, that Jesus is present in the chaos, hardship and brutality of daily living.

There, like Wayne, I have found remarkable people and awe-inspiring organisations. These are people (and places) that have remained largely resilient amid wave after wave of misfortune and hardship. In the uncertain times in which we are living, and will continue to live, they are our teachers. We encounter the Gospel at the edge. We always have. It’s just that in recent days, it has become easier to hear and to see because more of us, tragically, are there.

This article first appeared in the May 2020 edition of Life & Work, the magazine of the Church of Scotland.

Several years ago, I took part in a week-long retreat alongside those involved in ministry in some of our very poorest neighbourhoods.

Coming Together and Taking Charge

Every day I am inspired by people I get to spend time with who demonstrate incredible resilience in the face of appalling injustice and poverty.