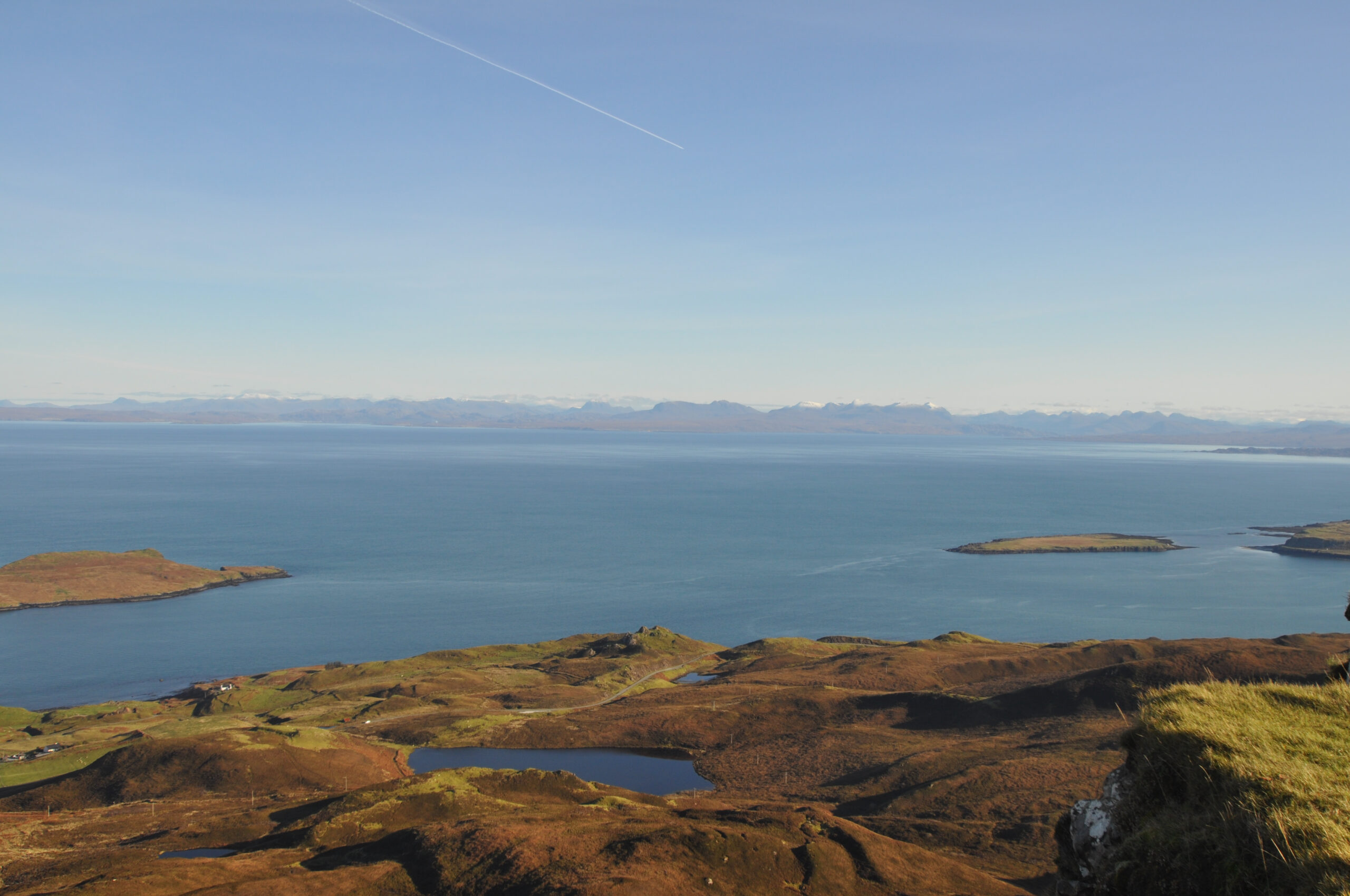 For the last ten years, around this time of year, we have enjoyed a wonderful week on the northern tip of Skye. Each year we have walked the Quiraing, surely one of the most enchanting locations in the world.

On the clifftop there are two pathways. One is much closer to the edge than the other. I walk that one albeit cautiously and carefully. Susan, always much more sensible, takes the safer path. Nonetheless, there is a part of the walk where the views are particularly spectacular where she makes herself go as close to the edge as she can bear and for as long as she can stand.

Some people choose to live their lives closer to the edge, in solidarity with those who are disadvantaged and marginalised. They are inspirational figures of history, like St Francis of Assisi or St Teresa of Avila, although their stories are often absent because history is largely told from the vantage point of the powerful rather than from the perspective of those who live at the edge.

In my own life, I can think of people I am privileged to call my friends who have deliberately taken the same path. They are not always comfortable people to know because their choices shine a light on my own. It is the path that I feel called to walk, a scary but breath-taking journey, albeit one I know I walk in deeply inadequate ways.

There is another group of people I know who live at the edge. They have little or no choice. I think of families who are asylum seekers, women who have endured domestic violence, friends who struggle with addiction, parents and grandparents who have lost a young man to violence. I think of people who are far cleverer than I will ever be, but the postcode where they live, their accent, the colour of their skin or their gender all too often blinds people (and I have to include myself in this) to their awesome ability.

One of the consequences of being at the edge is that there are many things that you can see much more clearly. Back to the cliff edge above the Quiraing. The closer to the edge you are, the more you can see.

It is inconceivable that we might develop a just immigration policy unless we include the insights of those who have come to live here over the last decade. Or a strategy to tackle addiction without those who face the daily struggle against drink, drugs or gambling. Or a housing policy which only includes people who can afford to buy their own house. Or a taskforce to tackle unemployment that only includes those in work. The list could go on.

And yet that is exactly what we continue to do. We give excuses as to why that is the case. “The timescales, on this occasion, were too tight.” “The issues are too complex.” “It wouldn’t be fair to ask people who have so many other issues to get involved.” “The reports people have to read are incredibly complex.” “We will aim to increase involvement in the future.” They are, however, simply excuses.

I’ve been hearing these and other reasons for decades and I am sick of them. I am tired of saying them myself or having to challenge others when they say them. I know this stuff is hard. However, it is not nearly as hard as living in an over-crowded house, with a violent partner with not enough money coming in to pay the bills during a global health pandemic.

Right now, there are more people who are living at the edge than has been the case in my lifetime. This is not because of a decision that they have taken but because of cruel circumstances. If we really hope to build the better, fairer and more just society that so many of us want, we simply cannot afford to do it without the very people we claim to be concerned about.

My colleagues within the Poverty Truth Network, borrowing from the insights of the Disability and Black Civil Rights movements, put it this way: “Nothing About Us Without Us Is For Us.”

A version of this article was first published in the October 2020 edition of Life & Work, the magazine of the Church of Scotland.

At The Edge, inclusion, Skye

Christmas Is Not Cancelled

I am fed up with the claims that Christmas is cancelled. Nothing could be further from the truth. This year, the toughest of years in our collective memory, Christmas just got a whole lot more real.

“Some things are so urgent ….

Recently I was part of a wonderful conversation with some awesome people. We talked how we we can ‘build back with’ those who who were let down before COVID19 struck & have been marginalised during the pandemic.