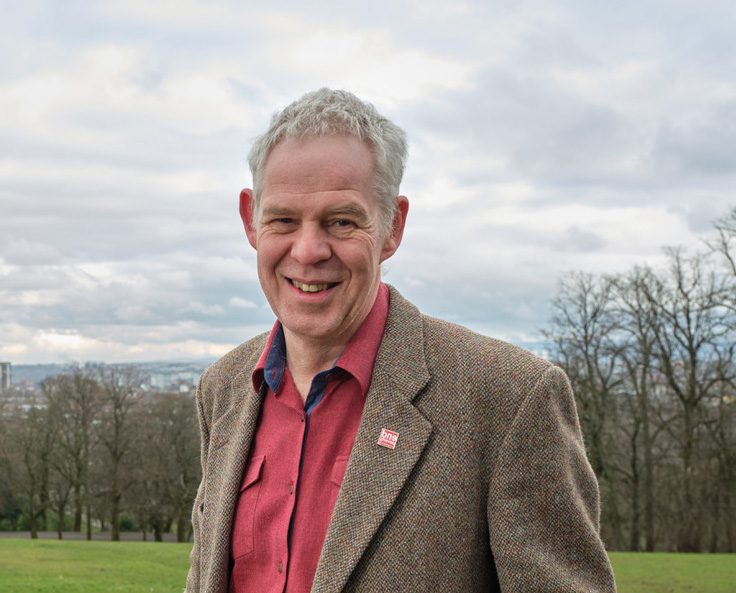 “The problem is not compassion but proximity.”

I scribbled this piece of wisdom down during one of many webinars and online conversations I have attended over recent months. Unfortunately, I didn’t write down the name of the person who said it so I can’t give them the credit that they deserve. It might have been Shane Claiborne who describes himself on twitter as an ‘author, activist and recovering sinner.’

Whoever it was, thank you. In recent days, it has really got under my skin.

We hear a great deal about how people today lack compassion. That, however, is not my experience. I am regularly overwhelmed by people’s capacity to care. Nor does it appear to be where the evidence leads us. The hundreds of thousands who have volunteered during the current pandemic demonstrates that. But there does appear to be a problem. And perhaps the issue of proximity (or rather the lack of proximity) begins to get under the surface.

One of the most striking stories I have heard during COVID19 is of the many WhatsApp and mutual aid groups which have sprung up in relatively prosperous neighbourhoods which been overwhelmed with offers to help but have had proportionately few requests of assistance. I am also aware of other neighbourhoods where the need for support has been overwhelming but the capacity has been limited. This has not been because of a lack of compassion but because so many are struggling in similar circumstances.

This is an issue of proximity, not compassion.

Whilst brought into sharper relief during COVID19, and reinforced by the fact that whilst we may well be in the midst of the same storm, we are not all in the same boat, this lack of proximity is not a new issue. The gap between the rich and poor has been growing over the last decades and is likely to widen further in the future unless we take steps to change that trajectory.

One of the great privileges of my life has been to spend time working alongside people who get out of bed every day with a desire to make a positive difference in the lives of those whose lives are blighted by poverty and injustice. They are inspirational people, full of compassion. But they are also frustrated that a lifetime of public service has not resulted in many of the changes that they have committed themselves to. They do not lack compassion or commitment but they frequently lack proximity.

My other great privilege has been to learn at the feet of those whose struggle for dignity and justice has been (and often remains) a daily reality. They have taught me not only what is wrong but also, very often, what steps are necessary to change things. They do not lack compassion. They certainly do not lack wisdom. But often, as a result of the fissures running through our society and world, they lack proximity to the levers of power.

This is not just an issue about charity, about caring – at the level of individuals – for our neighbours, vital though that is. It also about justice, solidarity, politics, and the nature of democracy.

Luke Bretherton, professor of theological ethics at Duke University, writes that: “if politics is to be democratic, its most basic building block is the need to listen to others not like oneself.” Bretherton does not limit the work of politics to political parties, or to the processes of the state, but includes a far wider (and deeper) understanding of relationship building.

If we are to find ways to build a more inclusive future, it is essential that the building blocks currently being put in place will bring people who are currently divided to work together in what will be a challenging shared task.

Of course, there are already examples of such communities. One of the most tangible is the thousands of “twelve-step” groups which bring people together across economic, political, social, sexual, age and racial divisions to support one another in their battle against addictions. At their best faith communities have also done so (although they have not very often been at their best) as have many other self-help groups and campaigning groups. This proximity is also evident in broad-based organising, in participatory budgeting and in the new exchanges made possible through the establishment of digital apps such as Good Sam.

My own involvement with Poverty Truth Commissions – bringing together people who struggle against poverty and people who occupy positions of civic and political power –  has convinced me not only of the vitality of such groups but also that they are possible.

I am interested to hear about other examples: those places (physical or virtual) where proximity enables compassion and solidarity rather than thwarting it. Please let me know.

3 thoughts on “The Politics of Proximity”

Amidst the apparent dearth of global leadership painfully on display during this pandemic, different models are surfacing from the edge.