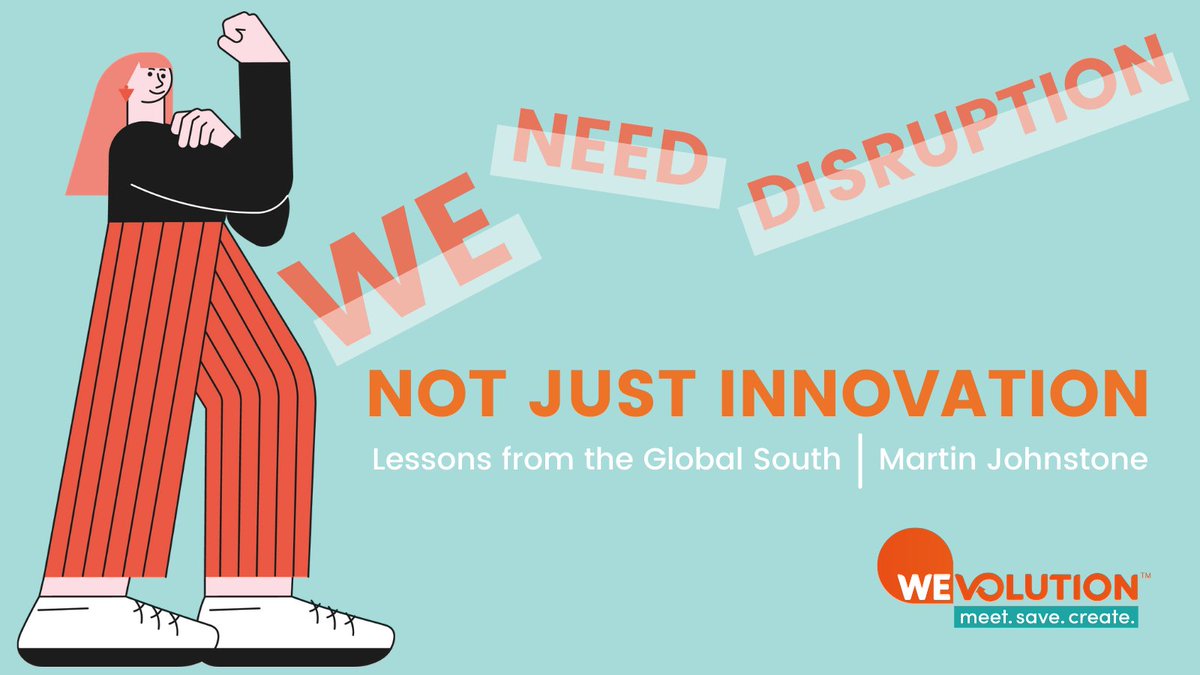 Recently I was privileged to write “We Need Disruption, Not Just Innovation” for my friends at Wevolution. It highlighted that:

“…. there are important principles and practices which unite women struggling against poverty and injustice in the Global South and in the Global North.”

It sought to highlight some key lessons which we might learn together from inspirational leaders from the Global South as well as from some of the inspirational women who form part of the growing movement of Self-Reliant Groups across the UK.

The report is based around four conversations which Wevolution hosted in late 2020 and early 2021, in partnership with the David Hume Institute. These conversations enabled people in Scotland to hear directly – through the power of zoom – from four inspirational leaders in Kenya, Venezuela and India who have spent their lives tackling poverty and injustice.

Listening to the conversations and writing the report was a reminder of how hard it is to overcome prejudice and to recognise the wisdom which comes to us from other parts of the world. To realise that we are a tiny island in northern Europe and are not – contrary to too many prevailing mindsets – the centre of the universe. Even in the heart of someone committed to overcoming sexism, imperialism and racism in my very being, my unintended bias shows up more than I care to admit.

Over the years, I have been privileged to travel quite extensively and, more importantly, to ensure opportunities for others to travel who might not have had that opportunity. Three examples stand out:

The first was Together for a Change – the opportunity for people from communities struggling against poverty in Scotland to spend time with people living in neighbourhoods with similar struggles in other parts of the world, including Central America and Sub-Saharan Africa. And for people from those communities to come and spend time in communities such as Drumchapel, Ruchazie, Royston, Greenock and Castlemilk. The friendships created, and the transformative work planted, continues to change people’s lives.

The second was the opportunity for a group of young people for whom life had been a struggle to visit South Africa during the 2010 World Cup and to spend time working in a township with similarly disadvantaged young people. We took quite a lot of abuse at the time for creating this opportunity, but it was well worth it. For many of those young people it created the ‘story-rich’ moment that helped to change their lives.

The third was enabling a group of thirteen women from some of Scotland’s economically poorest neighbourhoods to travel to India to meet some of the women involved in the rapidly developing Self-Help Movement across the Indian sub-continent. We worked on the principle that if they felt that there was something that that might work in Scotland – we really didn’t know – they would return to back home committed to developing a similar movement here. Wevolution is the fruit of that adventure.

The sociologist Zygmunt Bauman speaks of us living in a world of tourists and vagabonds, where a tiny percentage of the global population can travel extensively whereas the vast majority rarely move out of their neighbourhood and region. This means that the global transfer of ideas all too often happens in a rarefied atmosphere where the powerful talk to one another about the powerless.

Over the last year we all had a taste of what being confined to our own neighbourhood looks and feels like. We have, of course, found ways to overcome that isolation and, ironically, some of us will have ‘travelled more’ in the last twelve months than we have in a lifetime. But it is not the same.

As the world begins to open back up again, I personally hope that some of us will choose to travel less – the environment demands it of us – but I also hope that others will have more opportunity. To reimagine the world today into the world of tomorrow as it should be, we need to enable the global transfer of wisdom amongst those so often excluded but who have so much to share.

If you are looking for evidence of that, just have a look at the challenges presented in “We Need Disruption, Not Just Innovation”.

A Lament for the Poorest and the Planet.

In the run up to COP26 the scientists told us that this was ‘Code Red’ for humanity. But, tragically, we appear to have missed the message. Whilst progress has been made it is neither enough nor fast enough.

I am fed up hearing people in this country talk about food poverty. While there are food deserts, and too many places where good quality food is too expensive and not accessible, there is not a shortage of food. For too many people, however, there is a shortage of money. And there is an acute shortage of trust.