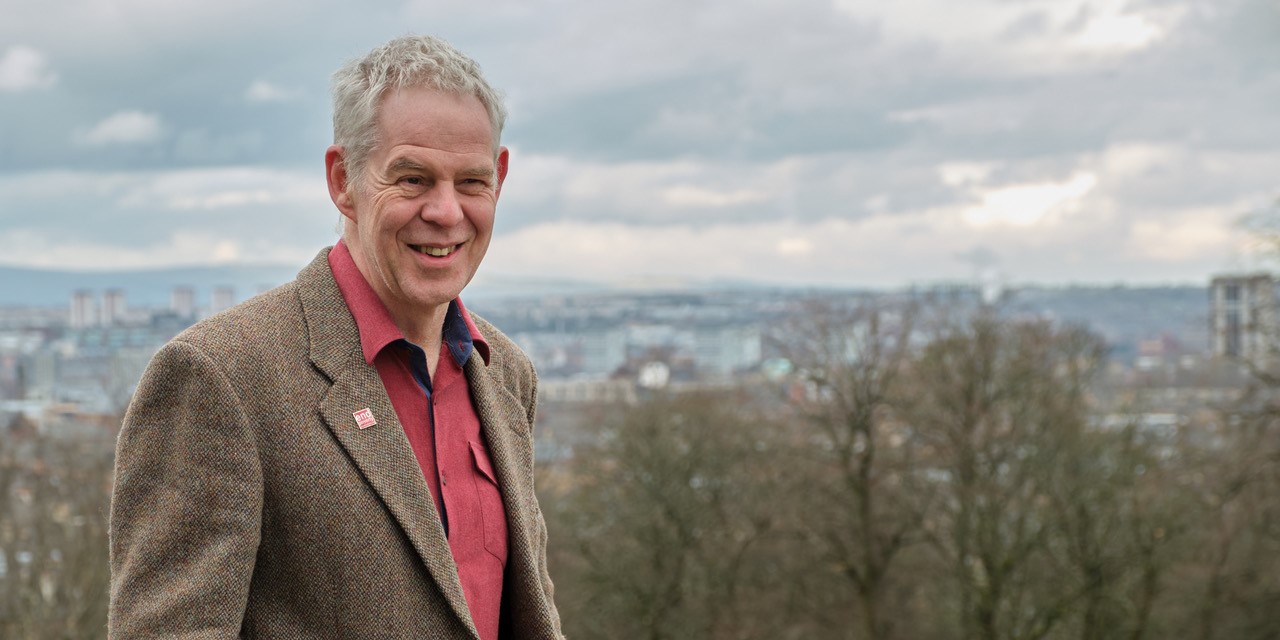 Climate change is the greatest threat facing our planet today. Our failure to act over the last 40 years, addicted as we have become to fossil fuels and the notion of never-ending economic growth generated on a finite planet with limited resources, means that we may already be beyond the point of no return. We are not just at the edge. We are well over the precipice.

It is estimated that there are half as many wild animals living in 2020 as there were in 1970. The ice caps are melting, sea levels are rising, temperatures are increasing at speeds unknown on Planet Earth for millions of years, if ever. According to environmentalist and campaigner Bill McKibben: “The extra heat that we trap near the planet because of the carbon dioxide we’ve spewed is equivalent to the heat of 400,000 Hiroshima-sized bombs every day, or four each second.”

We know from our friends, our partners, and our sisters and brothers in Christ, that climate change is not simply a problem for tomorrow. It is, for millions, a catastrophe for today. The predictable rains no longer come and virtually nothing can grow. When they do come, they come with such ferocity that they wash away the crops. Coastal villages, towns, cities (and even entire islands) are disappearing as the sea rises and storms rip through them and across vast regions.

In November 2020, Glasgow should have been hosting world leaders and climate activists from across the world at COP26. As a result of COVD19, this gathering will now take place in November 2021 instead. We have another year to prepare and a year less to make the changes that can save millions of lives and whole swathes of God’s beautiful planet.

I have no doubt COP26 (or, to give it its full title, the 26th Conference of the Parties of the United Nations Framework Convention on Climate Change) is the most important event to take place in the city I call home during my lifetime. Indeed, it is probably the most vital gathering in the fifteen hundred years in the history of Glasgow, ‘this dear green place’.

In 2015, in the immediate aftermath of terrorist attacks in France, Sally Foster-Fulton (now the Head of Christian Aid in Scotland) and Adrian Shaw (the Church of Scotland’s Climate Change Officer) were amongst the thousands of faith representatives who gathered near Paris to call for what became a historic commitment and agreement to cap carbon emissions to what were, just about, sustainable levels.

I remember speaking to Sally and Adrian on the night that the agreement was signed. They were so overjoyed that we were giving the planet, the poorest and our children (and our children’s children) a chance to survive and flourish. At the same time, they were realistic that this was only one step along the way and that even that step might not be big enough or bold enough.

A lot has happened since November 2015. Sadly, few countries look set to meet the targets agreed in Paris. The decision, in 2017, of the United States Government to withdraw from the agreement, is potentially catastrophic.

In Scotland, we have some of the most ambitious targets in the world, which is great, albeit our rhetoric, like that of the Church, is not always matched by our actions. Before any of that sounds too critical, let me be clear that my own actions rarely meet my aspirations either. That’s why we need each other to constantly encourage, cajole, inspire and yes, call to account.

There are those who say that because the changes that we will need to make to our lifestyles are so enormous, we won’t have the courage to make them. We are too selfish. I don’t hold to that. If the period of lockdown that we went through (and are continuing to live with) demonstrate anything, it is our overwhelming capacity to make sacrifices for the sake of others.

At the time of writing, over 600,000 people across the world have died as a result of contracting COVID19. (As of 10th August, this figure now stands at over 731,000 and continues to rise.) In 2018, it is estimated that as many as 7 million died because of air pollution. The rising levels of air pollution are part of the wider ecological catastrophe we are facing resulting from our over dependency on fossil fuels and our constant desire for more stuff. What sacrifices are we willing to make to change that number? What opportunities are we willing to grasp?

We have just over a year to galvanise support to ensure that world leaders when they meet in Glasgow will do the right thing. That will involve us not simply in campaigning but in taking every practical step, individually and collectively, to address the greatest global challenge we have faced in the history of humanity.

[A version of this article was first published in Life & Work, the magazine of the Church of Scotland, in September 2020.]

One thought on “This Beautiful Planet”

Can we all just slow down, please?

I have been reading Roman Krznaric’s wonderful new book, “The Good Ancestor: How to Think Long Term in a Short-Term World.” It has certainly got me thinking.

Do Not Be Afraid

In June I was asked to record a short message to churches as we looked ahead to a time when the ‘clapping had stopped’ and the move out of lockdown was happening. It was a call to seek to live and love in frightening times.